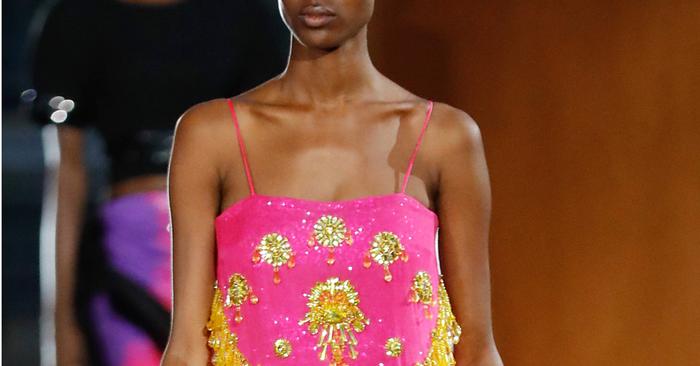 
Are you ready for another New York Fashion Week? We’ve already brought you comprehensive coverage of Copenhagen Fashion Week, but now it’s time to set our sights on the Big Apple. This season’s shows run from Friday, September 6, through Wednesday, September 11, and feature all the heavy-hitters you know and love, including Oscar de la Renta, Marc Jacobs, Tom Ford, Carolina Herrera, Rosie Assoulin, and more.

This will mark the first season under the helm of newly appointed CFDA Chairman Tom Ford, who took over the vaulted position from Diane von Furstenberg. Plus, Rodarte is missing from the schedule and Tommy Hilfiger is back on it after decamping to Paris last season. Below, we’ve highlighted some of the most anticipated shows of New York Fashion Week and exactly when to expect the Instagrams to start pouring in. (All times in ET.)

How Meghan Markle and Prince Harry Are Adjusting to Living in Los Angeles
Archival Fashion: 10 Grails From The Golden Age Of Menswear
Shop Ulta 21 Days of Beauty Sale March 2020
3 Women on What It’s Like to Date During the COVID-19 Quarantine
What Should You Wear Outside to Protect Yourself From Coronavirus?