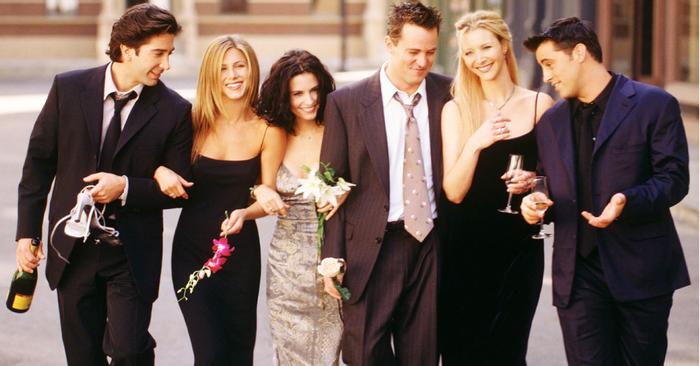 
Who would have thought that Friends mania would be as strong as ever 26 years after its debut? Now, we’re pleased to report that fans are getting what they’ve been patiently waiting for (well, sort of). Hate to break it to you, but no, the iconic television series is not getting revamped. However, the entire cast is coming back together for a forthcoming reunion special on HBO, as E! Online confirms.

Jennifer Aniston, Courteney Cox, Lisa Kudrow, Matt LeBlanc, David Schwimmer, and Matthew Perry are all on board for an unscripted special that will air on HBO Max this May. That’s also when all former Friends episodes will be able to be streamed on the platform after leaving Netflix for good. “The cast will tape the special on the show’s original soundstage, Stage 24, on the Warner Bros. lot in Burbank, California,” per E! Online. Excited yet?

To announce the news, all former Friends posted coordinated Instagrams at the same time today, and it’s quickly going viral on their respective accounts. While we wait for the special, scroll down to revisit our favorite Friends outfits.

Athletes Are Heartbroken Over the Olympics Are Being Postponed
And Now, a Few Incredible Photos of Celebrities With Dogs
5 Things in Our Fashion Editor’s Shopping Cart to Brighten Your Mood
How Meghan Markle and Prince Harry Are Adjusting to Living in Los Angeles
Men’s Fashion Weeks in Europe Have Been Canceled